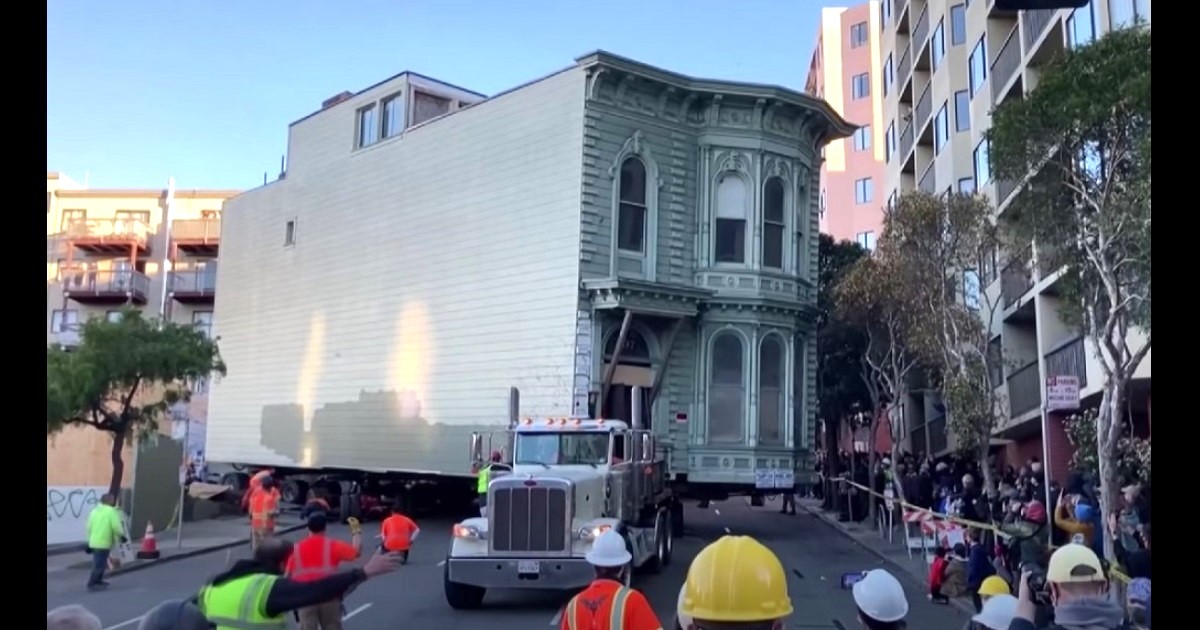 It’s not uncommon for someone to say they’re moving. Despite the fuss and the inconvenience that moving into a new home involves, it’s a fun experience.

But literally moving a house? We bet this is something you rarely hear.

You see, a 19th-century house was relocated last year in San Francisco. It was moved seven blocks away from where it was originally placed in order for a 48-unit, eight-story apartment building to replace it.

The Victorian home was taken 0.6 miles away, on a different street, next to a historic mortuary, with its owner planning to renovate it.

Back in 2013, real estate broker Tim Brown bought it for $2.6 million. He had been planning its relocation for years, but it was last year when everything had been figured out- and paid for- so that the move was made possible.

You see, moving such a big and heavy load was not an easy thing to do. And not a cheap one by any means.

“Along the route, parking meters were ripped up, tree limbs were trimmed and traffic signs were relocated,” The Sun reported at the time.

Brown’s plan at the time was to renovate the 139-year-old building and turn it into seven residential units.

The move started as early as six in the morning, but it still attracted a lot of people who wanted to attend the unique show.

The house was loaded onto giant dollies, and it was transported to its new location at a maximum speed of one mile per hour.

People who gathered around couldn’t stop taking videos and photos of the spectacle, while the whole thing has gone viral on social media and featured on news channels as well.

As for how they reacted to the news? Well, people seem to be divided when it comes to whether the move was worth it.

“Thanks to the owner for saving this gorgeous home. This home survived the 1906 massive earthquake that leveled most of San Francisco,” someone commented below The Sun’s YouTube video.

Some people loved the idea because it saves an old building, while, at the same time, it allows for smarter land development.

However, others were shocked by the amount of money spent on this project, while they also considered the consequences had it not made it through the transportation.

“[T]he money this would cost the new owners could do much better, […] if anything when wrong during transportation and the building collapsed could you imagine the amount of people it would put in danger it’s ridiculous.”

Well, it seems it’s up to each one of us to decide whether it was worth the risk and investment or not, but it definitely is a spectacular show.