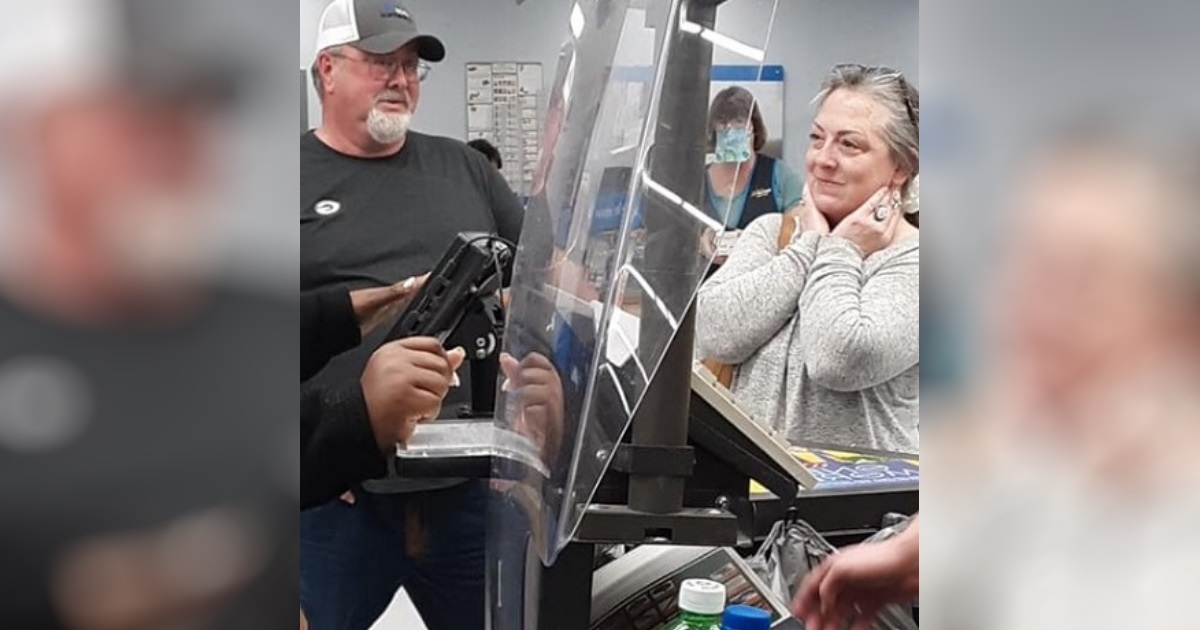 It may be hard to believe someone can be so selfless, but this actually happens.

One couple from Texas met someone who showed them what kindness really is.

Everyone around them witnessed the good deed and was totally inspired by what genuine care and concern can do.

Ben Hendley was waiting in the cashier line at a Walmart in Canton, Texas when he realized that something extraordinary was unfolding before his eyes.

He saw one couple in front of him who was paying for their kids’ gifts, but were unable to pay because their card kept getting declined.

The couple was passing through from Fort Worth, Texas, and wanted to buy presents for their kids at the Walmart in Canton.

“This couple (passing through from Fort Worth, Texas) are trying to get their kid’s presents as they travel to their family get-together (they live two hours away),” Ben wrote in his post. “And his card gets declined. Again. And again …”

Just when the couple was about to lose hope, a “God-sent” woman who actually hails from Mississippi stepped in. Ben shared what transpired.

“The lady in front of me (from Mississippi) says, ‘You know what? It’s Christmas! I’ll pay for it!’” Ben added.

The woman’s name is Joyce Hargrave and she was literally part of the “God-sent team” because she owns the God Sent Staffing Agency.

The couple was hesitant to accept the woman’s help and mentioned that it was not a little amount.

They were supposed to pay two hundred dollars.

“Oh, no! I don’t think you know how much this is! Let me see if I can put it on my credit card,” the wife said.

But that card was also declined. Later, it was learned that the card machine was not working properly.

The man and woman were insisting on refusing the woman’s help but she was also serious about paying for their purchases.

“Hush. I don’t want to hear any more. I’ve got this. I’m going to bless you like God’s blessed me,” added Joyce.

Eventually, Joyce was able to pay for the couple’s presents. The couple was very thankful and Ben was absolutely inspired by her kindness.

The man was just so moved by Joyce’s selflessness that he followed her to the parking lot to tell her how much she made an impact on him.

When he reached her car, Ben noticed the woman’s license plate that said “GOD SNT”.

Joyce and Ben had a conversation and decided to connect over social media.

Joyce even tagged Ben when she found an article about her act of kindness online, which of course started with Ben’s post.

One act of kindness resonated positively with people online.

Joyce commented on the post and shared that she is not alone in this mindset.

“Making a difference around the world. This is not only me, this is us as a whole God-sent team,” she commented.

What an inspiring story! Kind people are still out there, and this positive encounter gives us hope that kindness is definitely alive and thriving in this world.