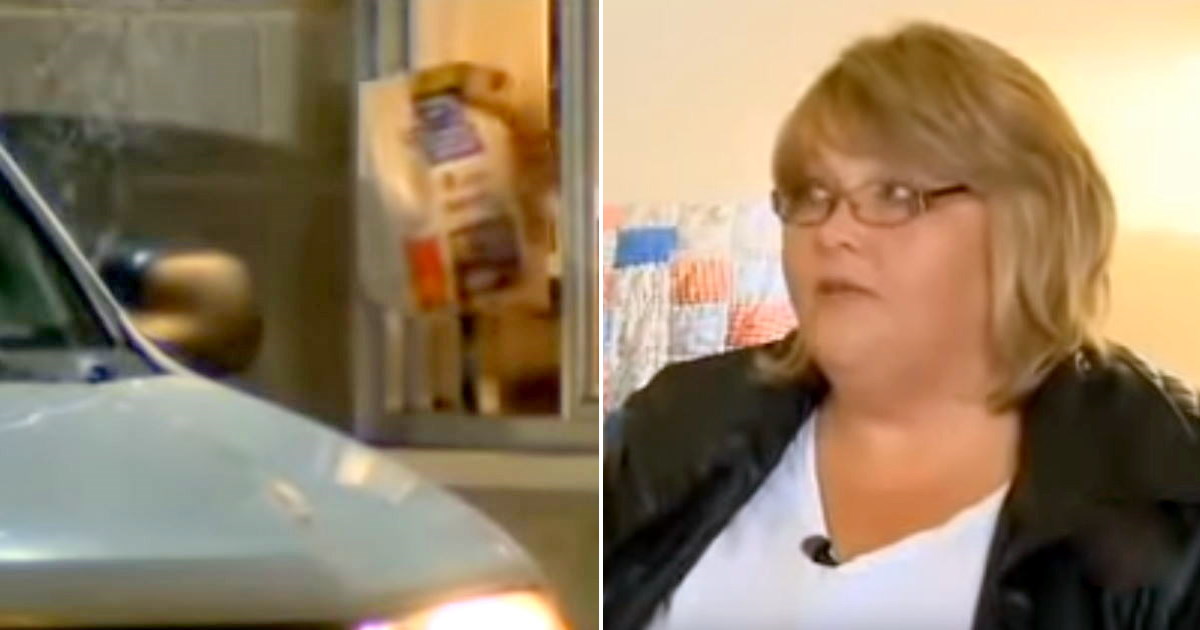 We’ve all had that daydream, the one where someone hands you a random bag of treasure for you to keep.

This couple couldn’t believe it when a McDonald’s employee handed them an order they will never forget – and it was far from their breakfast food.

This couple gets quite a surprise when they open their McDonald’s drive thru order.

The Terry family, from Tenessee, had no idea what was actually in their Mcdonald’s bag when they pulled away from the drive-thru, they were expecting food.

Little did they know, an employee had mistakenly put a bag of money on the drive-thru order line.

Just like that, they were handed thousands of dollars instead of food.

The money was supposed to be a drop to the bank, but somehow, it got mixed in with the food orders.

The Terry family was beside themselves.

Once they found out it was a deposit, they knew they had to do the right thing, so back to the store they went.

The honest customers knew they couldn’t keep the money, their conscience wouldn’t allow it.

After realizing that it was money in the bag, not food, the Terry family knew they would be returning it.

Some people may not have been so quick to return it, but Stacy Terry told News 5, she simply couldn’t have that on her conscience.

“The second that he said it was their deposit, my first thing was get in the car, let’s take it back. You know, there’s no other way to have it, I couldn’t live with myself with that. Said, Stacey Terry.

An employee did realize the money was gone quickly, she was able to catch the family before it was too late.

One employee quickly noticed the missing money, after realizing what had happened she ran to catch up with the Terry family, she was visibly shaken.

“She was shaken, you know very upset, visibly upset she should have been because it could have been anybody.” Stacey Terry told News 5.

The family believes it was an honest mistake and hopes no one loses their job over the incident.

After the money mistake, McDonald’s issued a statement, thanking the family for being honest.

This is the type of mistake that can cost someone their job, but the Terry family hopes that isn’t the end result.

“We are grateful for this customer and the action they took upon realizing our error. We are looking into why this mistake happened, but what is most important to us is knowing that we are part of a community with values that were evidenced by this person’s actions.” The McDonald’s statement read.

The Terry’s get a good laugh over the mistake now, they know it will likely never happen again.

Now the world knows the stellar character of this family from Tennessee, and hopefully, they’ll be rewarded in some type of way!

Watch the crazy mishap below!

In a rare public appearance with his girlfriend Alexandra Grant, Keanu Reeves appears positively radiant.
Actor Keanu Reeves has long been considered to be a
0 91