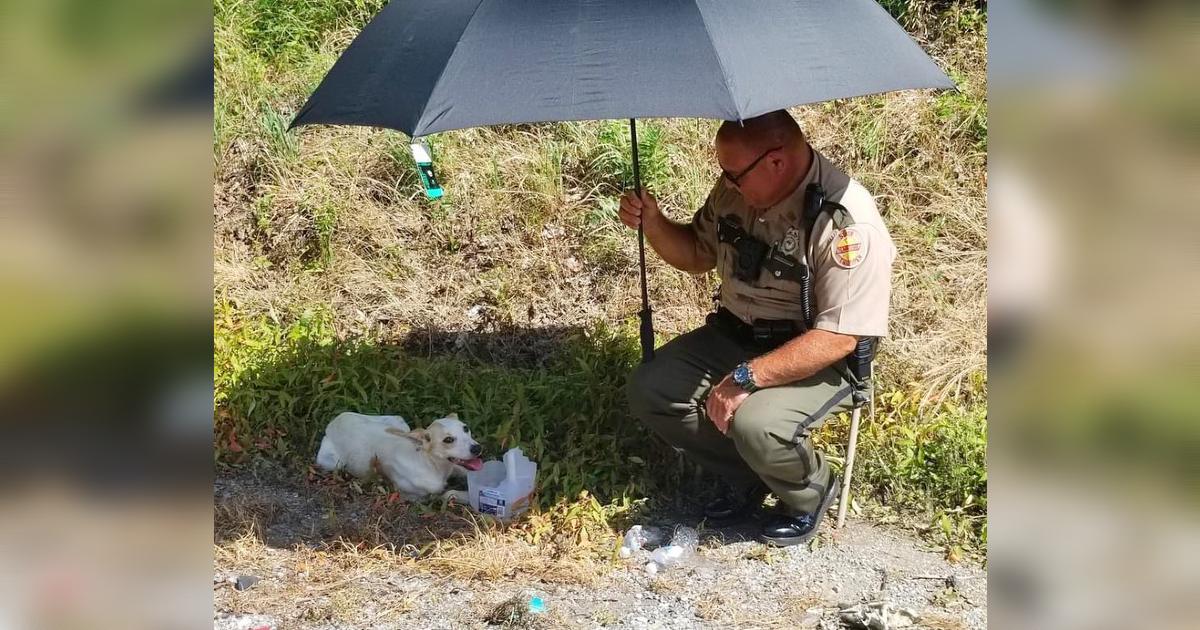 It’s a really hot summer already this year, with temperatures reaching 99 degrees- in fact, this has been the highest temperature so far this year and it was noted on June 17 in Washington.

But Tennessee, too, is one of the states that do get really hot during the summer. The temperatures vary from 85 to 90 degrees on average every summer and this means that people who have pets should make sure their furry friends are safe.

The Red Cross advises pet owners to walk their dogs on the grass if possible, since hot surfaces can cause damage to their paws. They also highlight how important it is to not leave pets in hot vehicles- leaving the windows open does not make the car safer- and to always make sure they have access to shade and plenty of cool water.

However, not everyone follows the safety steps needed in order to make sure no pet will get hurt during hot summer days.

In fact, had it not been for a Tennessee Highway Patrol trooper, a small dog might have died a few days ago.

On June 15, trooper Pumpy Tudors was alerted by a good samaritan that a dog had been found on the side of Interstate 75, and it was obvious that the dog was in distress and suffering due to the extreme heat.

“The dog was on the side of #Interstate75 parched and desperately needing water and shelter from the heat,” Tennessee Highway Patrol wrote in a Facebook post.

The man found an umbrella, which he held above the dog to make sure she was in the shade, while he also set up a chair next to the dog and treated her with some snacks he found to gain her trust.

Indeed, only a while later, the dog felt comfortable enough to follow the trooper to a local animal shelter nearby.

“Now, this sweet pup is being TREATed well at Cleveland TN Animal Control,” they added in the post.

The Tennessee Highway Patrol also took the opportunity to advise Facebook users who own pets to make sure that the animals “are safe from the heat and have plenty of water”.

But the story didn’t end there.

Since Tudors and the dog instantly liked each other, the man thought it might be a good idea to offer the sweet dog a forever home- his home.

So, after discussing it with his family, they decided to add a new member, the furry Princess.

The Tennessee Highway Patrol, in a follow-up post let users know that the trooper had decided to adopt the little dog he had recently rescued.

“Trooper Tudors has adopted the dog he rescued. His family named her #Princess. She is still receiving treatment at the facility until she can go to her #ForeverHome,” the post reads.

What a heartwarming story and what a lucky dog Princess is to have found a safe place to call home.