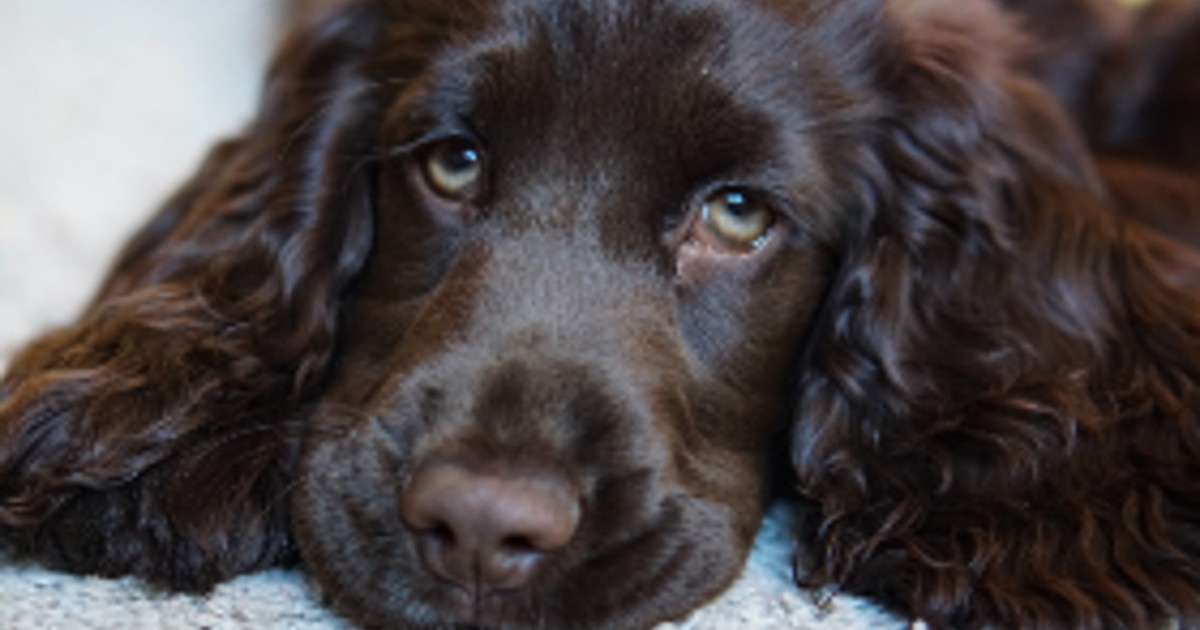 When Dan Smith came into a local animal shelter to adopt a dog, he was looking for a Golden Retriever.

Carl had dental issues and Smith was afraid that those issues would become too costly for him to handle.

So, Smith left the shelter without adopting Carl that day. But Carl ended up winning Smith over, despite his potentially costly medical issues.

Going back to the shelter to adopt Carl was a decision that helped save Smith’s life.

“I’m glad that I saw through what physical flaws he may have had,” said Smith. “Who knows if I would have woken up?”

Smith found his 4-year-old pup acting strangely one day after an evening walk.

Carl seemed worried and apprehensive over going back inside their apartment.

“Our final walk before bed at 10 o’clock, and he didn’t want to go back up again,” Smith said.

But Smith didn’t think anything of it until Carl was barking non-stop in the middle of the night.

This was very unusual because Carl rarely barks.

“He’s not a dog that barks a lot,” Smith said. “For the first three weeks, I didn’t even know if he could bark because I’d never heard him.”

Carl started licking his dad’s face to try and wake him up. Smith tried to ignore him at first but soon realized something wasn’t right.

“He was licking me and barking [at] me and I was kind of like, ‘Oh, my throat really hurts.’ So I grabbed some water off my nightstand and took a drink,” Smith said.

When Smith got up to turn on the lights, he saw his apartment filled with smoke and the reason why Carl was upset.

Smith and Carl were able to safely get out of the apartment where a fire had been smoldering in the walls for days.

Smith recalled having a sore throat and headaches but didn’t realize he was in immediate danger. But Carl did.

Firefighters said that Carl’s initial warning helped them arrive at the scene where damage could have been a lot worse had they gotten there later.

“My smoke alarm and my CO2 alarm is going off. So he got me even before that,” Smith said.

Smith that Carl is the sweetest dog and he’s very thankful that his senses are so keen.

“He loves everybody. I can take him pretty much everywhere with me,” Smith said.

While Smith tried to save Carl from the shelter, Carl ended up saving him.

“I tried to do something and give him a better life, and in the process he’s given me a better life through being my companion, but also by saving my life,” Smith said. “Who knows if I would have woken up.”

Smith says he hopes his story will help encourage others to adopt a dog into their family. Check out a video about brave Carl below!

Golden retriever learns he’s getting a baby brother
Family is the most important thing in the world.
0 287