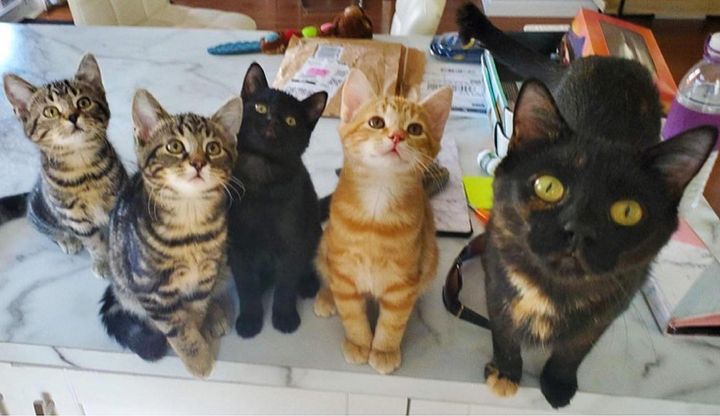 A tortoiseshell cat showed up in a family’s yard earlier this year, scrounging around for something to eat. Mel and Kurt, a couple, saw the scrawny stray and offered her food and water.

The cat was very shy and kept her distance the whole time. With the kind gesture, she returned the next day and the days after.

Over time, the couple managed to get closer to the cat as they slowly established a friendship. They waited for her to show up every evening and gave her the space she needed to feel comfortable around them.

“As soon as the cat was done replenishing, she took off,” Celine Crom of Chatons Orphelins Montreal shared with Love Meow. 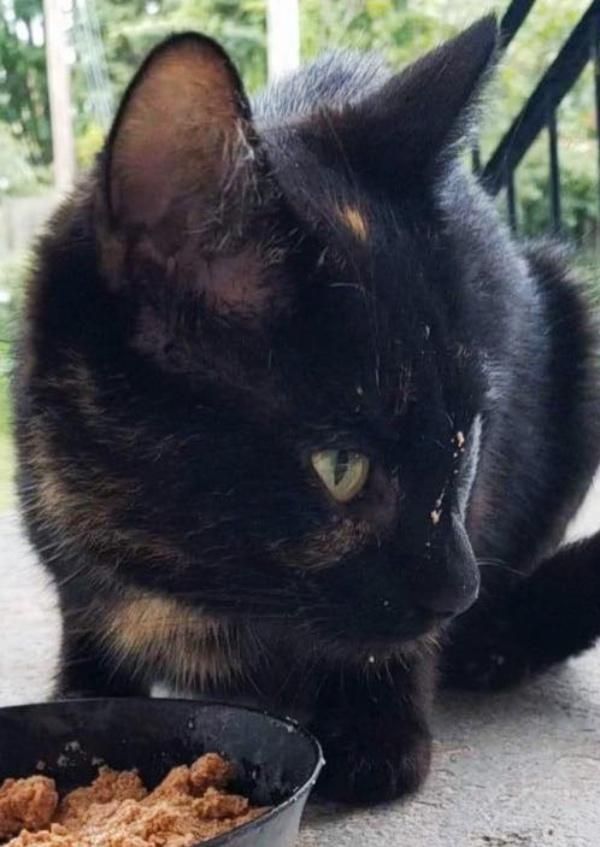 After a while, the cat mustered up the courage to approach the couple for pets. That’s when they noticed signs of her being a nursing mom and realized there were kittens nearby.

“One evening, the cat returned and was acting differently. After eating and getting some pets, she didn’t leave right away.” 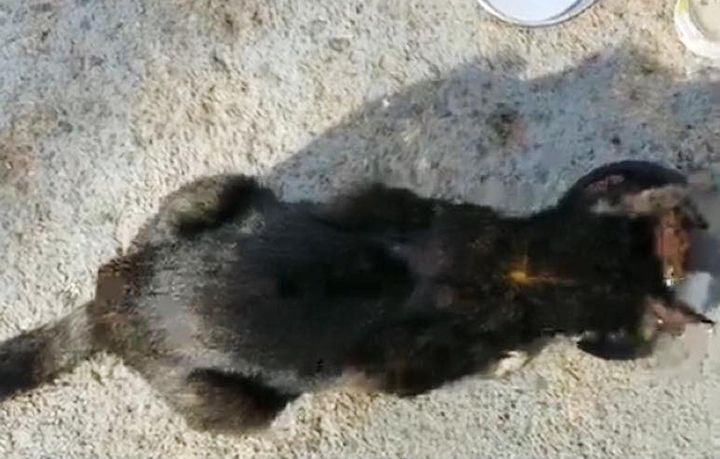 She turned around a few times looking at Mel and Kurt as if to signal them to follow her. “In fact, she waited for them to come towards her. Every time she stopped, she asked for snuggles, and then kept going.”

Eventually, the couple were led to some bushes a few streets away, and stunned by what they discovered. “She brought them to where her babies were. They found five little kittens, and they immediately came up to them.” 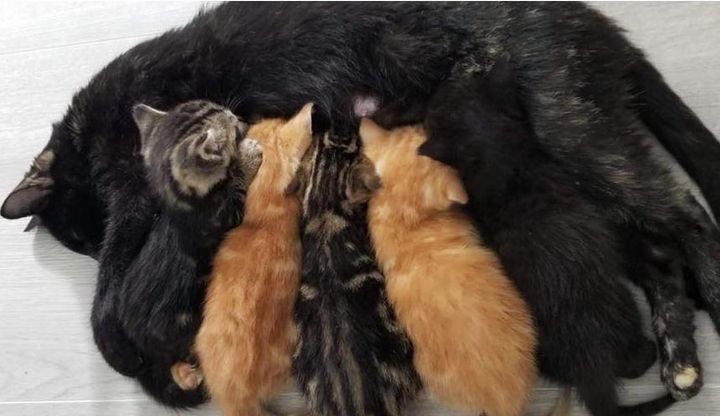 The couple took the kittens and their mom off the streets and came back to the whereabouts to make sure no sibling was left behind.

“To their surprise, they found a 6th kitten (the smallest) huddled in the bushes. When they reunited the last kitten with the mom, she instantly relaxed and purred.” 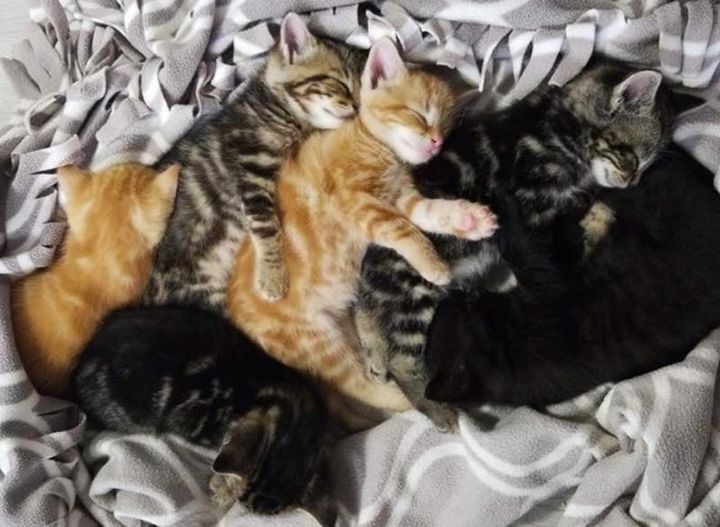 The cat named Calie was very underweight after feeding six hungry mouths on her own. The kittens were around five weeks old and ready to wean.

When they were big enough for adoption, two of the kittens quickly went off to their forever home. Mama Calie and her remaining four were taken in by Chatons Orphelins Montreal to get a better chance at finding their happily-ever-after. 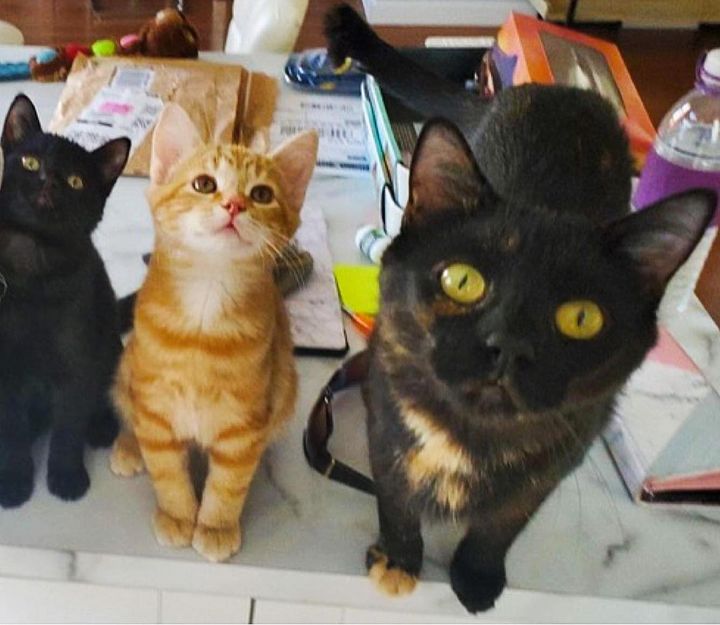 The kittens, Zia, Cheffy, Norie, and Corazon, are three months old now. They are very cuddly and always nap in a snuggle-puddle by the window.

“They are mischievous, adventurous attention-seekers. They are fearless and like to ride on a robot vacuum cleaner,” Celine told Love Meow. 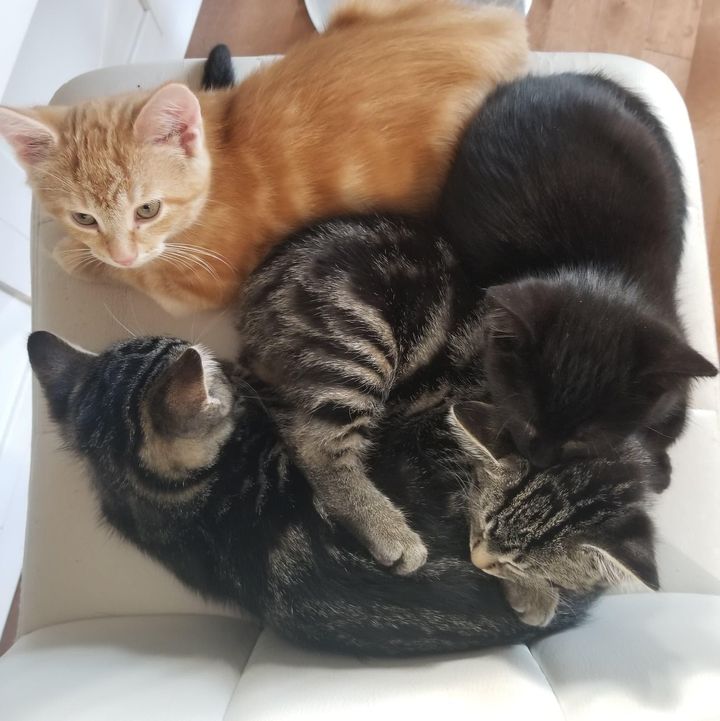 No more worries about food and shelter or raising another litter, Calie, two years old and spayed, is enjoying her new life as an indoor cat, being loved and spoiled by her foster family.

These four feline siblings are ready to spread their wings and fly. 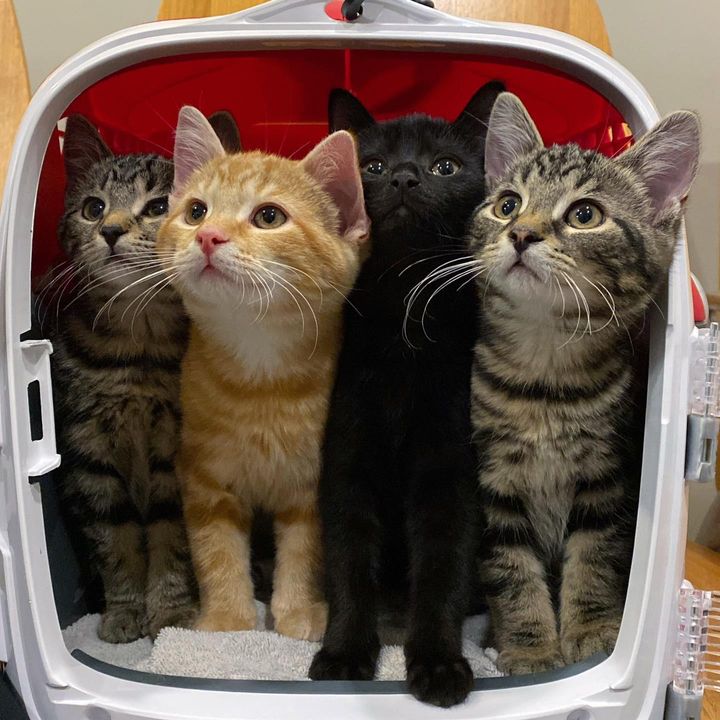 Parents of 12 working multiple jobs to support their family get Christmas miracle from stranger
What do you want to get from your Secret Santa?
0 881