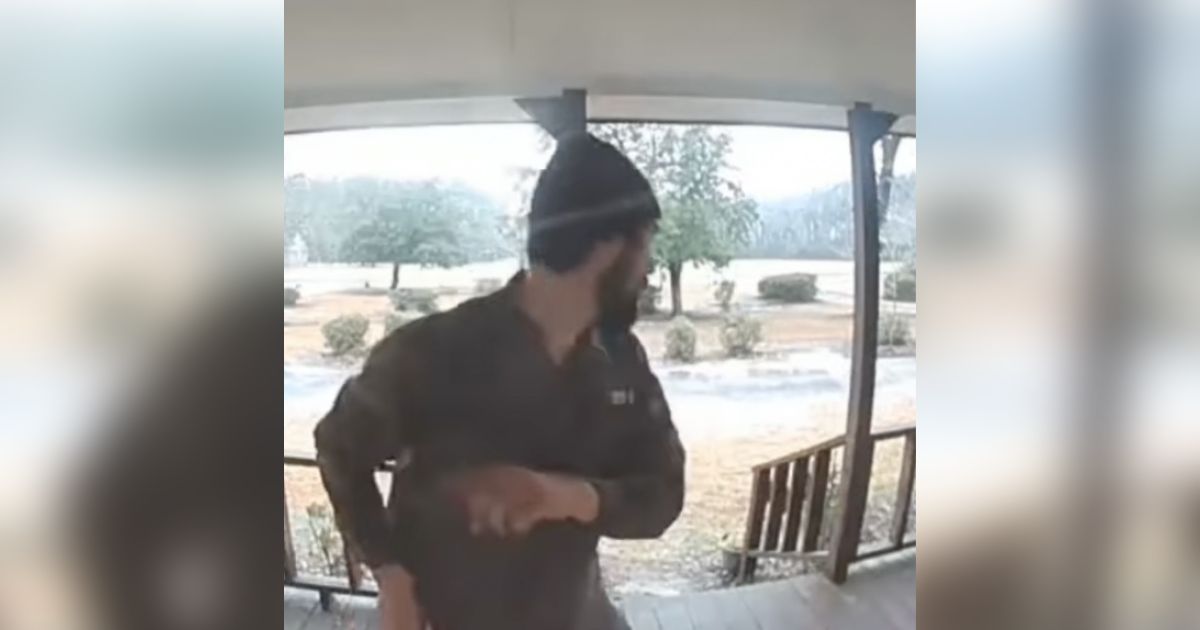 Some people have guard dogs.

Ashley Taylor and her husband AJ have a guard rooster.

His name is Fred. He thinks he’s a dog.

And just like a family dog might have a strained relationship with the neighborhood mail carriers, so does Fred.

The Taylors got Fred from a friend who could no longer care for him.

Fred quickly made their house his home.

“Fred will follow us around the yard and he even likes looking in the door like the dogs do,” Taylor told The Dodo. “I believe he thinks he is a dog!”

Fred can often be found keeping watch over his yard and sky above.

He has to make sure his family or “flock” are safe.

That’s why everyone who comes through the property has to pass his security check.

“Fred always has to go introduce himself when a new person pulls up,” Taylor said.

A local delivery person was caught completely off guard when he attempted to drop off a package at the Taylors’ house.

Fred had to do his due diligence and make sure that this so-called “delivery person” was legit.

And not up to no good.

Fred needed to first approve him for clearance. So, he ran toward the man.

This man was not about to mess with this rooster.

He threw his hands up in surrender and tried to slowly walk toward the porch.

It took a bit of maneuvering and negotiating with Fred.

But the man was able to make some noise that made Fred retreat a bit.

This allowed the delivery person to hop up on the porch and drop off the package.

But not before he gave the Taylors a piece of his mind.

“Not cool!” he said pointing at the family’s doorbell camera.

The man flipped around only to find Fred approaching the porch.

The man held his hands up and made it to the bottom step of the porch.

That’s when Fred started coming closer again. The man then took off running.

Fred quickly chased after the man causing the man to let out a silly scream.

AJ posted the doorbell camera video on Facebook where it went viral.

“Well the UPS man met Fred the guard rooster today. Fred was born angry [and] this is just the first time we got it on camera. If anyone knows the UPS man send him my apologies,” AJ wrote in the caption of his post.

The family has yet to see that delivery driver again in order to apologize.

The video has been viewed more than 8.2 million times and the post had more than 95,000 comments.

“I totally get it. They may be small, but they can sure can mess ya up,” wrote one commenter.

Check out Fred protecting his flock and terrorizing the UPS man in the video below.

Parents of 12 working multiple jobs to support their family get Christmas miracle from stranger
What do you want to get from your Secret Santa?
0 847