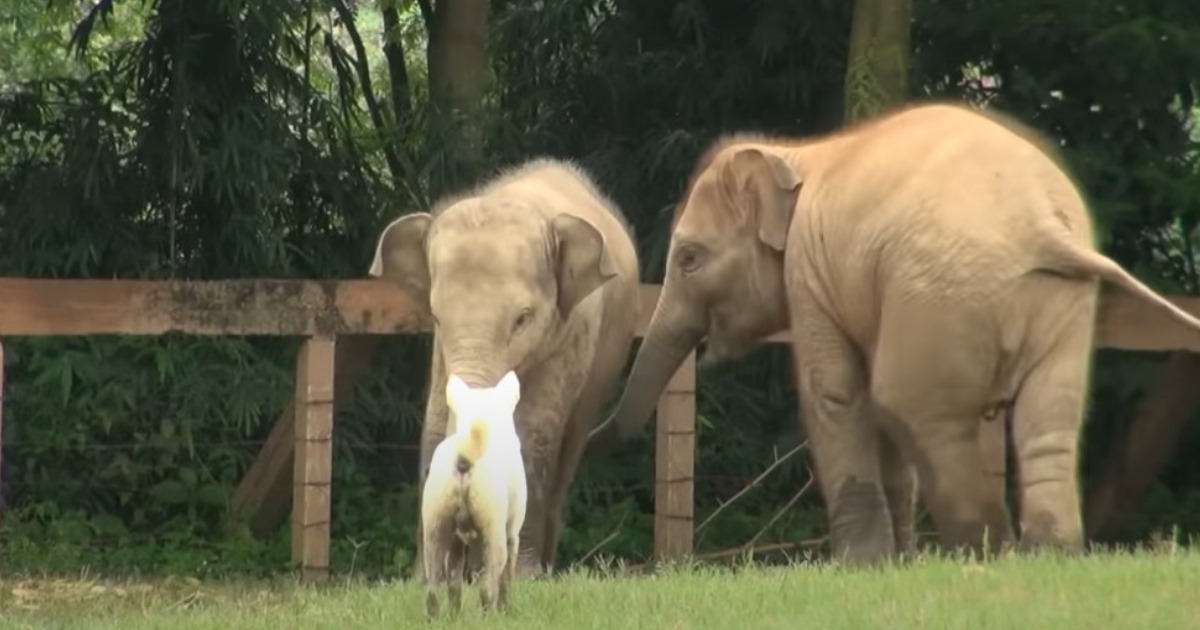 Children are always curious. And this is true not only for humans but even for animals!

In a video uploaded on YouTube by the channel “elephantnews,” two young elephants can be seen as they are exploring their part of the world.

The clip was taken at Elephant Nature Park. The place is an elephant rescue and rehabilitation center in Northern Thailand where anyone can volunteer and visit the elephants to offer help.

The nature park has been a sanctuary for elephants and volunteers from around the world. People visit the place to see elephants, play with them and help them.

The Elephant Nature Park has projects in Thailand, Cambodia, and Myanmar.

It also has a sanctuary for other animals such as dogs, cats, buffaloes, and many more. In this nature park, it is a common sight to witness animals living alongside each other.

Dogs run along freely, while elephants stomp the ground without worries about their safety. And in one occasion, two young elephants were captured on camera as they played with dogs.

It is unusual for elephants to mingle with other animals such as dogs, so these two young ones are quite ecstatic to meet another species.

In the clip, the two young elephants are moving away from the tiny dogs, but it is obvious that they are quite intrigued and interested to know more bout the little fellows. They keep on walking farther but their eyes are glued to the furry friends waiting for them to play.

Little by little, the dogs are inching closer to the elephants, but the big babies are quite awkward and seemingly shy.

A black dog comes to play with the two cuties, but they are moving away from him. Although the two young elephants are stepping away, it can be seen that they are having fun at the new discovery. Who is this small, furry, playful little being trying to catch their attention?

Later on, another pup appears. This time, it is a white pup who also loves to play. He moves slowly toward the elephants and wants to have a fun time outdoors with them.

The dogs are friendly and this encourages the curious elephants to lower their guards and finally reach out.

After seeing that the white pup is friendly, one of the elephants bravely stomps toward the dog. Now, someone is making a new friend!

The dogs and the elephants are trying to play together and get to know each other.

How often do we see these animals interacting? Probably never. But, in the Elephant Nature Park, these animals are freely living with each other. It is a beautiful scene and one that we all would love to see more of.