Around 2 a.m., villagers in Kaeng Hang Maeo, Thailand, awoke to an ear-shattering noise.

Peeking outside with their flashlights, their eyes were met with a herd of 40 wild elephants — who were frantically pacing around one of their friends who was in trouble.

A mother elephant had collapsed next to a well after getting tangled in an electric-wired fence that surrounded it. When the villagers called forest rangers for backup, they discovered the reason why she had gotten trapped in the first place: Her baby had fallen into the well.

“The family of more than 40 were crying and jittering around,” officials with the Department of National Parks and Wildlife said. 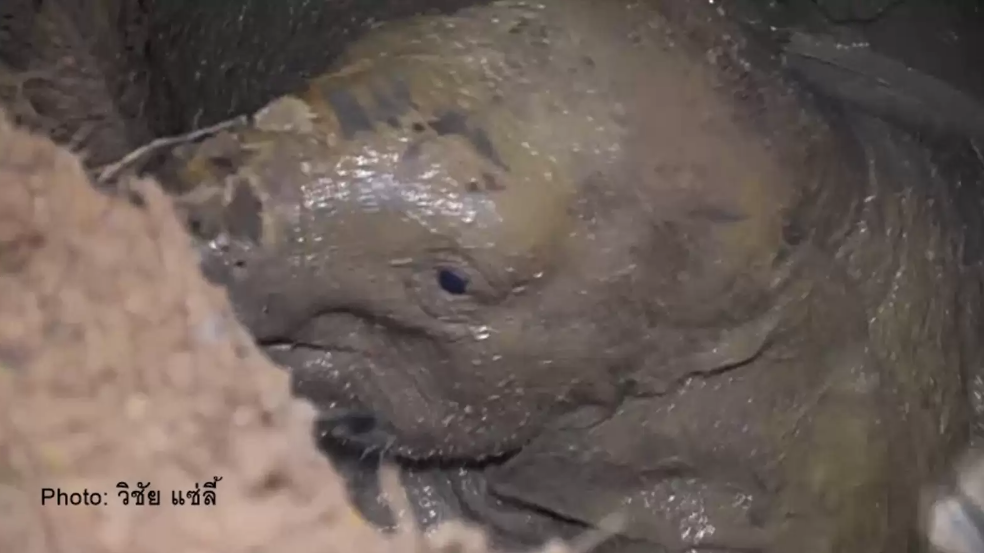 The villagers and officials jumped into action — and with the help of a backhoe, dug a large slope out of the dirt around the 9-foot-deep well to allow the calf to climb out.

Completely covered in mud, the young elephant squirmed and struggled within the water for 30 minutes as her rescuers continued digging. Her mother, whom rescuers freed from the fence, could be heard crying out in the background. 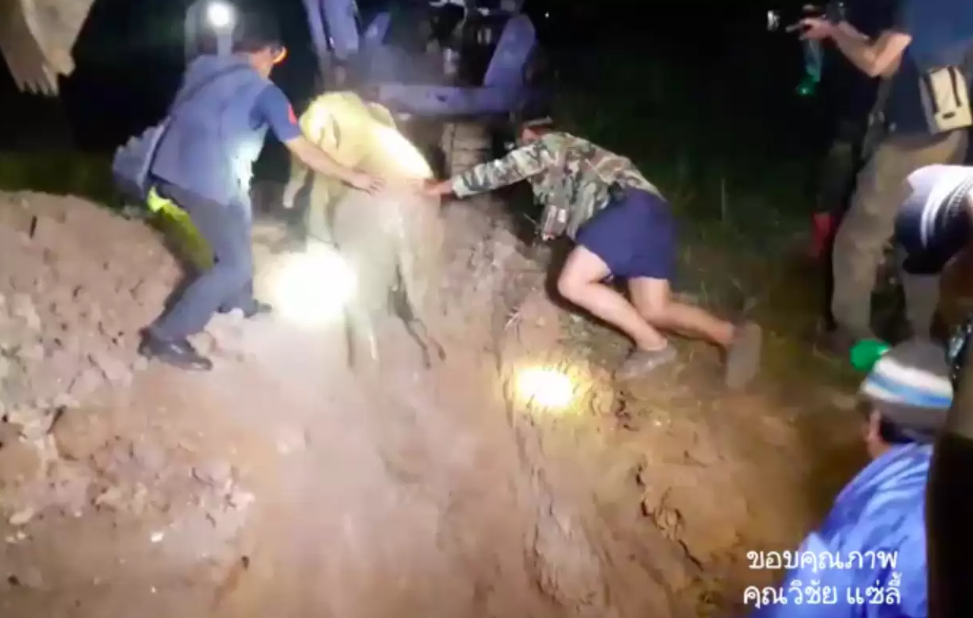 When the backhoe reached down near the baby’s face to make a final dig, she stretched her trunk out and touched it gently before making the final climb back to safety.

With one final push from the rescuers, the frightened calf was on solid ground — and quickly ran back to the woods.

Unfortunately, it’s very common for wild elephant calves to find themselves stuck in wells or ditches while foraging for food with their families. Wild elephants are also at risk of being poisoned by farmers who want to keep them away from crops. 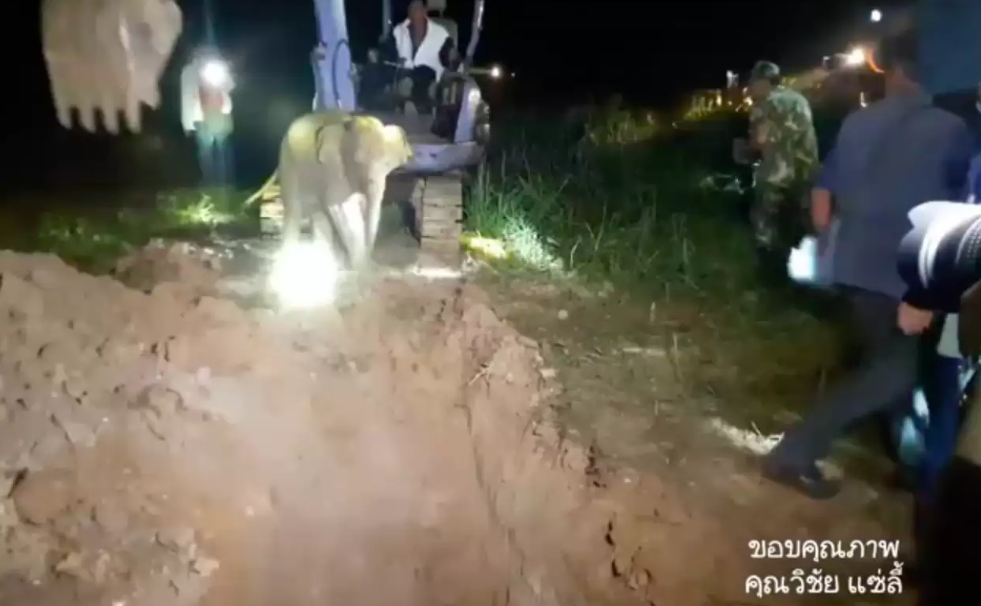 These aren’t the only horrible fates these young calves can face — they’re also regularly poached from the wild to be used in the entertainment industry. Elephant rides are a major tourist attraction in Thailand and India, where the animals are forced to carry people sitting on their backs. Most of their lives are spent on the end of a chain.

But thanks to her kind rescuers, at least one tiny calf has been reunited with her family back in the wild.

And even though saving her life carved into the villagers’ sleep schedules, it’s hard to think of a more rewarding way to start the day.