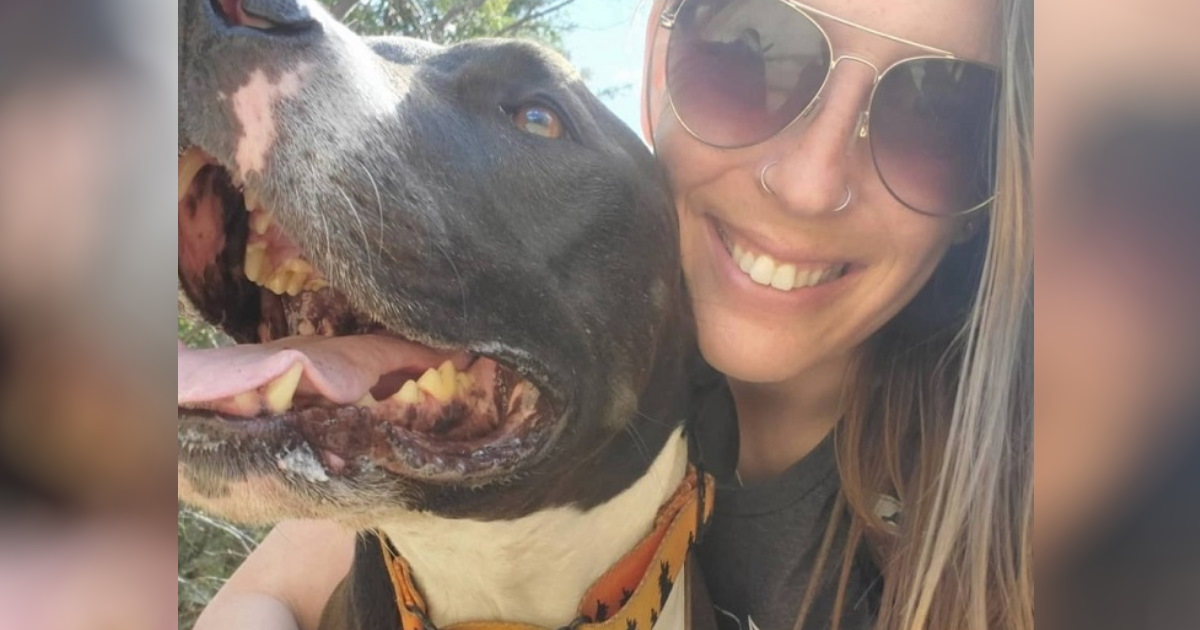 We all know that a dog can be some of the best guardians on earth, but few videos prove it like this one! In the video, we see exactly how devoted our pups can be. In this case, a pit bull named Bane was able to fend off one of North America’s largest animals. Was Bane afraid of an animal that could kill him in a single swipe? Not at all.

Ashley Gribble lives in British Colombia, Canada, and is an avid hiker. One day, she decided to head out on a trail between McQueen Lake and Isobel Lake, but that’s when she noticed something terrible: a black bear was following her.

About an hour and a half into the hike, Gribble noticed that a bear was standing on a path about 20 feet in front of her.

It was a bit confusing, because Ashley always made it a point to make noise as she hiked, just to ensure bears gave her a wide berth.

“When I’m hiking, I’m always observing and watching, listening and making a ton of noise. The dogs are always loud and barking and generally you can hear us coming. As we were coming back along a pond through some trees near the far end of Isobel lake, all of a sudden a bear appeared a mere 5 feet from me. Not I, or any of the dogs had heard, seen or smelled this bear. I was shocked at just how close it was.”

As dogs usually do, they began barking at the large animal in front of them.

One of the dogs, Milka (a Jack Russel terrier mix) began barking at the bear. Like what normally happens, the bear backed up and seemed to be done with the situation. What was strange, however, was that as they moved past the bear, it seemed to continue to follow them, then vanish into the trees.

After another 30 minutes, the bear exploded from the trees and began pursuing them!

Despite being hit with bear spray in the face, the bear refused to stop its chase. As Ashley ran, she tripped and fell onto the ground. In a moment of fear, Ashley prepared herself to be attacked.

Suddenly, her pit bull lept in front of her and took the attack of the bear instead.

In what seemed like a scene from a nightmare, the bear took Bane, her dog, and ran away. A few meters away, the bear dropped Bane, pinned him, and bit him across his back.

Standing up, Ashley grabbed a log and ran over.

Beating the bear with the log, it finally let go and ran off. The nightmare scene was finally over and Bane was a true hero!

“Bane received 26 punctures from bites and claws. He has 3 drains and internal bruising. He is home recovering and feels a bit better everyday. He goes in for reassessment today. If Bane had not lept in front of me, I know without a doubt that the bear would’ve mauled me and most likely would’ve killed me. He absolutely saved my life.”

Check out the video below to hear Ashley share her frightening story on A&E’s show, “An Animal Saved My Life.” Good boy, Bane!