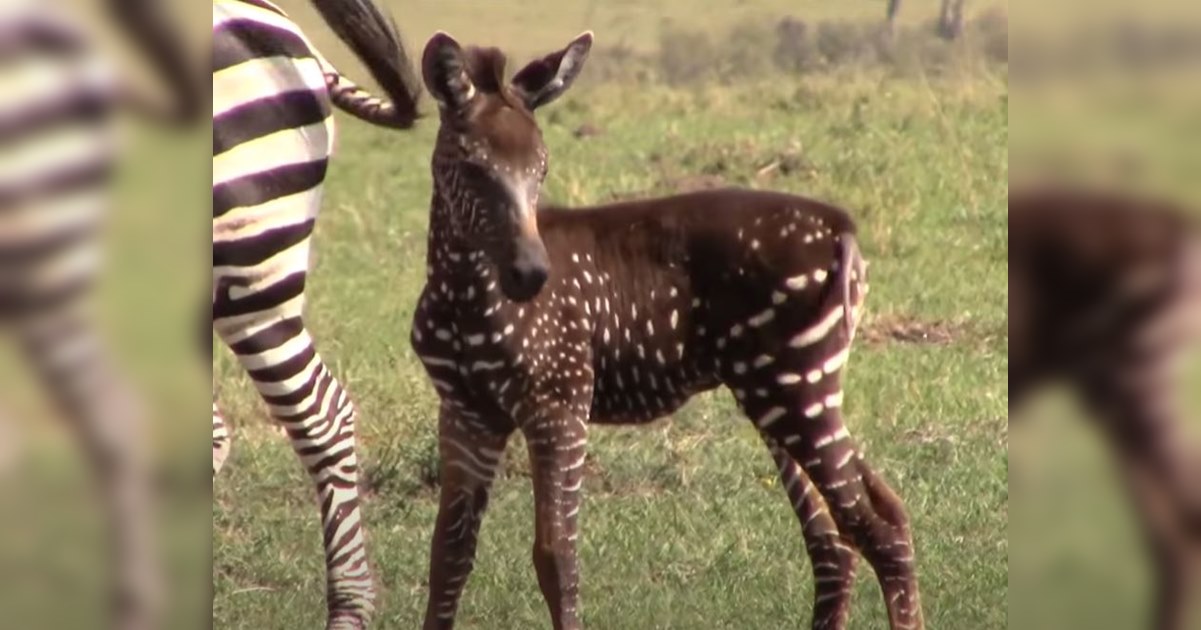 Zebras are known for their beautiful black and white stripes across their bodies. These marks distinguish them from the rest of the animal kingdom and make it easier for people to spot them from afar.

However, one zebra is more unique than the rest of its species – or at least it appears to be.

Professional photographer Antony Tira was taking snapshots and videos of animals in the Maasai Mara Game Reserve in Kenya when his camera lenses caught something unusual. He was sure his focus was on zebras running freely in the wild when he caught sight of something that looked like a zebra, but it did not have stripes at all.

The photographer was quite stunned that such an animal existed. The foal was so rare that he was not entirely sure that he was actually looking at a young zebra or it was a young animal that lost its way in the wild.

As it turned out, what the photographer captured on film is what they call a “blacker zebra”.

What Antony captured was a rare type of zebra that was seen for the first time in the reserve. The foal could not be more than a week old.

The newborn zebra has a case of melanism. This disorder is the opposite of albinism. Instead of light-colored pigmentation, the zebra’s fur has dark-colored ones.

Zebra stripes are not made only to look good.

These stripes are, in fact, useful in keeping the animals cool while running along in the midst of the hot African wild. They get to maintain optimum body temperature thanks to these stripes.

The young foal seen by Antony did not have these cool stripes. This is one of the reasons why it might have a hard time adjusting in the reserve or anywhere in Africa because hot weather is always expected in this area.

Zebra stripes are also useful in helping these animals digest their food.

Because of the benefits brought by zebra stripes in cooling their temperature, these animals get to digest their food better. Their digestion is considered to be less efficient than other animals, hence having a good temperature helps a lot in keeping them healthy.

And another way these stripes help the zebras is by camouflaging the animals from their enemies and predators. These are some of the hypothetical benefits that scientists have shared over the years related to zebra stripes.

Based on experience, blacker zebras are normally surviving for only about six weeks after their birth. The young zebra found by Antony is only about a week old when the photo was taken.

It is highly likely that the said foal may have a short life, just like the other blacker zebras before it. This is a probability that roots from previous information about blacker zebras, but we hope this little one survives.

Are you curious about this animal? Watch its incredible beauty by clicking the play button in the video below.