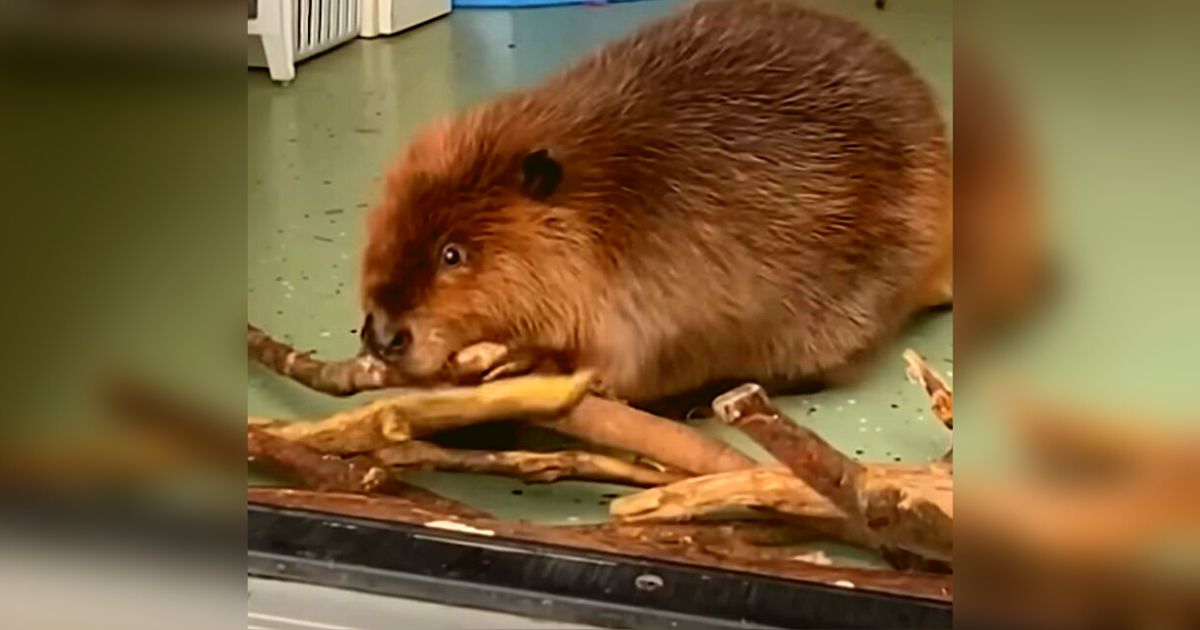 At the sanctuary, Nibi’s needs have been given to her and she has grown to love the human family she has.

But the staff knows that Nibi needs to interact with other beavers so they integrate easily into the wild.

That doesn’t mean Nibi likes that idea, though.

When a new beaver, Zilbi, came to the sanctuary, they wanted to introduce her immediately to Nibi so they can get used to each other.

They need to bond with each other instead of people because, otherwise, they will be socially inept in the wild.

Unfortunately, while Zilbi wants to become friends, Nibi wants nothing to do with her.

Whenever Zilbi comes by Nibi’s cage, she would stomp on the cage and even try to shove Zilbi unsuccessfully.

Whenever they are out of their cages, Nibi lunges on Zilbi and they end up fighting.

They now have a tamer relationship.

They’re not best friends but at least they’re not constantly fighting.

In fact, they can stay beside each other and not fight.

Of course, they don’t leave the two together unsupervised.

However, it was obvious Nibi simply tolerated Zilbi because of what happened when Zilbi went out of their enclosure.

The sanctuary staff wanted to reward Nibi for her good behavior toward Zilbi.

They separated the two so that Nibi could have the rehab room alone for an hour.

Zilbi gets to have her own playtime, too, outside at the semi-aquatic enclosure.

Nibi wanted to keep Zilbi out.

This is when the staff knew Nibi could tolerate Zilbi but would never be best friends with her.

Nibi did what beavers do best.

As soon as Zilbi was gone, Nibi gathered sticks and built a makeshift dam by the door that Zilbi exited.

She even went back for the stick she dropped.

She did this until she was satisfied with the dam she built to keep Zilbi away.

Happy with the work she made, she turned back and hopped and skipped at the end.

Now, Nibi is a happy beaver.

She is definitely going to enjoy her time in the rehab room she has all to herself.

Jane Newhouse, the founder of Newhouse Wildlife Rescue, posted the video of the dam-building with the hop at the end on Facebook and it blew up.

Biologists actually called her up to ask if Nibi grew up with rabbits or other animals she could have learned the hop from.

Jane said it was really just something Nibi does when she’s excited.

The dam-building initiative is a trait or instinct that’s ingrained in all beavers, whether they have parents or not.

Dams are built to protect beavers from their predators or enemies.

Since Nibi views Zilbi as an enemy, it’s only natural that she’ll build a dam to protect herself.

Unfortunately for Nibi, it wouldn’t last.

Zilbi was still able to come back to the rehab room and Nibi and Zilbi still have a love-hate relationship.

See Nibi build the best dam she can to keep Zilbi away in the video below!