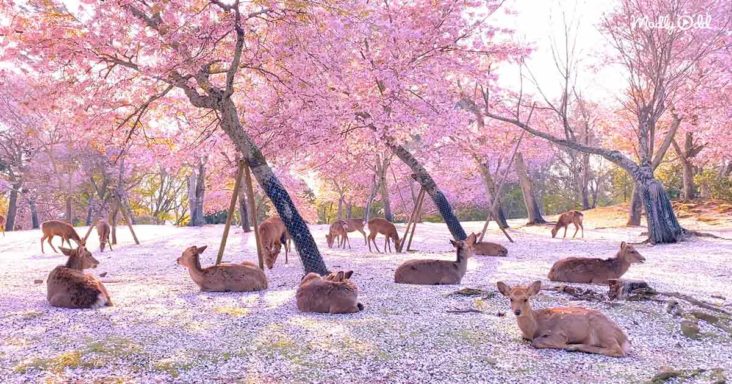 Nara Park is one of the oldest public parks in Japan with 1,200 attractive sika deer roaming around. The park had thousands of tourists every year but recently the park had some restrictions and the entrance wasn’t open for everyone. 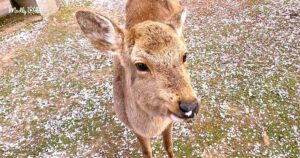 The photographer Kazuki Ikeda, however, managed to enter the park recently and shared some beautiful moments online that he encountered at the Nara Park. The most impressive shots were from the place where the sika deer were having a rest under the cherry blossom trees. 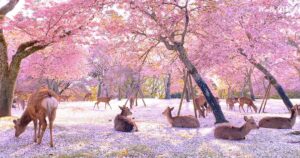 The photographer started to feed one of the deers and one by one other deer also approached him to be fed. Ikeda had a pre-wedding photoshoot there but before starting he had some wonderful shots of the herd of sika deer.