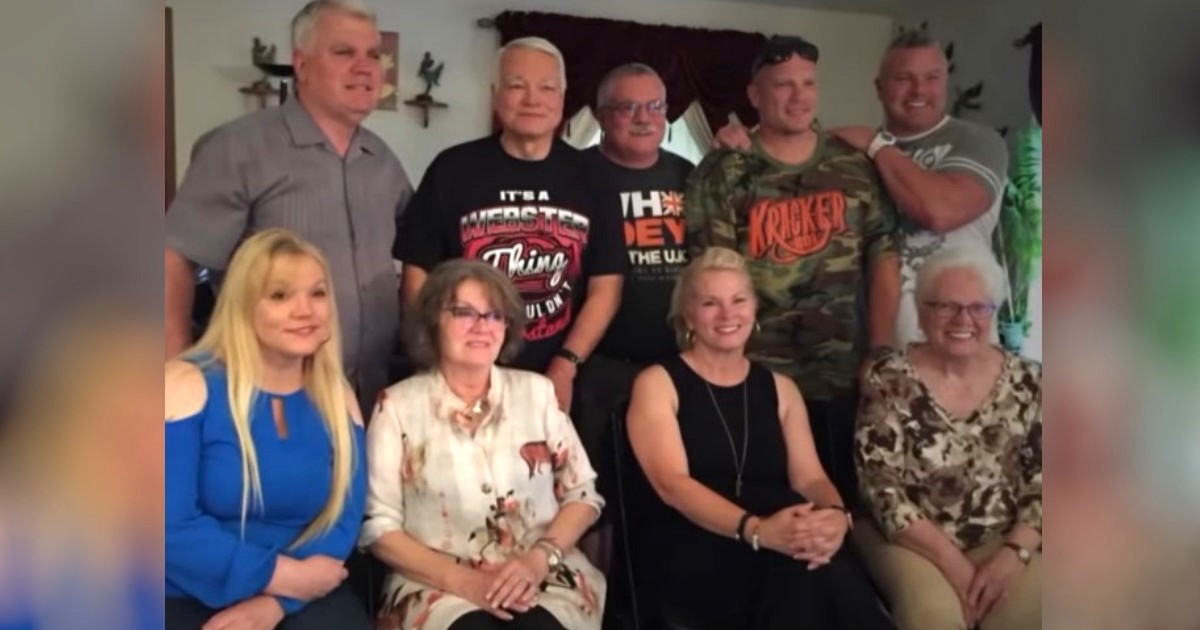 Michael had been adopted from Japan and moved to the United States. But for many, many years, he was unaware that he had a huge biological family living hundreds of miles away.

It’s amazing what science, technology, and the world of medicine can produce. Years of research and thousands of innovations have allowed the impossible to happen: a person in a coma suddenly waking, ready to walk the path to full recovery, a mother realizing she’s pregnant on top of another pregnancy, and individuals finding answers about their families that pictures and phone calls couldn’t make possible.

DNA testing is one of the most impressive innovations people welcome with open arms.

One minute, you’re ready to accept defeat and live the rest of your life not knowing who your biological parents are, and the next, you’re en route to where they are for the reunion you’ve spent years dreaming of.

A 70-year-old man found himself slowly completing the puzzle that kept him wondering throughout his life. He knew from the start that he had been adopted. He told WFAA,

“My parents never hid the fact that I was adopted. There are so many kids that pop up after conflict, after wars. And I was one of them.”

Bennett was always grateful for how his adoptive parents shared as much information as they could about his biological parents.

Bennett indeed grew up in the U.S. and joined the Army. He was able to travel the world and raise a family of his own. Despite living an extraordinary life, he still felt like there was more to learn about his roots. That’s when he decided to try his luck at 23andMe. DNA screening revealed that he was half Japanese, half Anglo-European.

He received a surprising message on the site, too. It read,

At first, he wasn’t sure about replying, but he received another message from the same person asking if his mother’s name was Yoshiko Nakajima and if he was born in Japan in the 1950s. That was Bennett’s confirmation that he was about to find all the answers to his questions.

“Hey, we know who your father is. And you have a huge family, and they all want to talk to you.”

That was how his conversation with a woman named Robin Reed began. Robin was from Cincinnati, and she shared her version of the story.

According to her, their father, Dick Webster, would always talk about the events that happened when he was a young serviceman in Japan. He fell in love with a woman named Yoshiko Nakajima and had a son with her.

Then, he re-enlisted in the Air Force for three years to stay with Yoshiko and their son in Japan. Unfortunately, the Air Force assigned him to the U.S. He had no means to change the arrangements and was devastated when he learned that his son, Michael, had been adopted. Robin adds,

Dick Webster carried on when his stint with the Air Force ended, but thoughts of Michael and his mom were always there. Robin shared with WFAA,

While Michael never met his biological parents, he now had the chance to meet the rest of the family.

It took only a few hours for Michael to drive to Cincinnati and reunite with all seven of his brothers and sisters. When he arrived, everyone was there to greet him. A happy Michael adds,

“I don’t know if they’re all huggers, but they were that day. And I am not, but I was. So go figure!”

They were all stunned at the strong resemblance between Michael and their dad. To them, it was like looking at a ghost. All these years, all of them wanted to find him. Two of Michael’s brothers also spent time in the Air Force, and at their father’s request, they tried to search for Michael when they were in Japan. Samson Webster couldn’t believe they were finally together.

“I thank the Lord above that we got in touch before the end of our days. We pick you, Mike, and you picked us. And I thank you so much for that.”

Robin’s words were like the warmest hug to Michael.

Prepare to cry happy tears when you watch the video below!