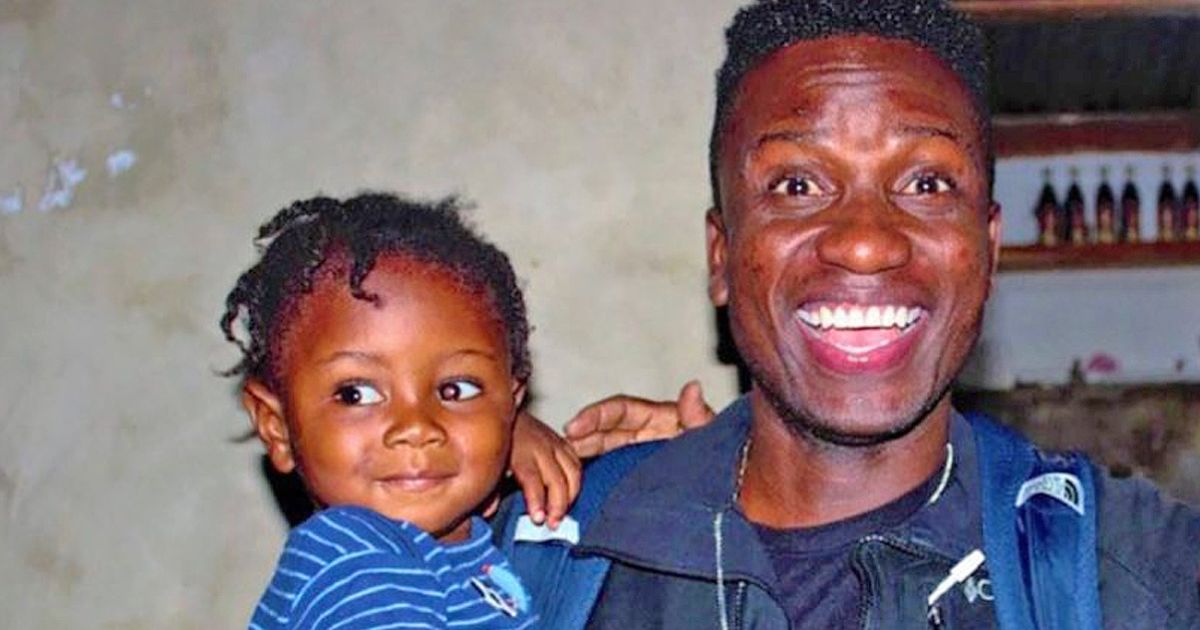 Who would have thought that going to a New Year’s Party actually has the possibility to change your life?

Jimmy Amisial was strolling through his hometown Gonaives, Haiti while on a break from school in Texas to welcome 2018 with his pals when his life suddenly changed.

He saw a small crowd while walking.

He approached the small group of people with curiosity as he made his way to the event and made a discovery that would change his life forever.

Amisial decided to take possession of a baby he found in the trash instead of attending the celebration as originally intended.

Amisial immediately took him in.

“When I got to the place where the people were making noise, I saw a baby,” Jimmy, who was 22 years old at that time, recalled. “It was in a pile of trash crying and there wasn’t a single soul who wanted to do anything about it.”

The villagers were too terrified because they believed the baby would be cursed or wicked. Amisial, on the other hand, cautiously and gently scooped up the kid.

He wasn’t scared at all.

“He had no clothes on. He had fire ants crawling all over him because he’s been there for a couple of hours,” he recounted. “When I picked him up, he immediately stopped crying.”

The 3-month-old baby was escorted by Amisial to the residence of his shocked mother, Elicie Jean.

But she took the baby in nevertheless.

“While cleaning him we noticed he had some fire ant bites and an allergic reaction, so we used some lotion to help stop the pain,” Amisial shared.

He kept the infant overnight and made a police report so they could look into the situation. A judge visited their house and asked Amisial whether he would want to assume interim custody of the kid since no one had come forward to claim the infant.

But he needed time to decide.

“After he asked me that question, I had a lot of sleepless nights. I tossed and turned but my mother reminded me things happen for a reason. I’ve always wanted to be a part of something great and to me, that was the moment,” he said.

Amisial consented to take care of the abandoned kid after developing a relationship with the baby. Amisial is currently working on legally adopting the child he has been holding onto ever since that fateful night.

Amisial’s student visa program mandated that he return to Texas at the conclusion of his Christmas break, so he had to comply. While they worked on the procedure to take the kid into custody, he made the decision to leave the infant with his mother.

Amisial began the adoption procedure in 2019, but immediately encountered difficulties. Adopting a child in Haiti could go up to $40,000, which was very expensive for him.

But he was determined.

Amisial made the decision to take a year off from school in 2020 to focus on the custody battle for the child he named Emilio Angel Jeremih. To support himself and his family, he works as a part-time landscaper and delivery assistant.

Amisial started an internet campaign to gather money for Emilio’s adoption on July 27. The goal was to raise $60,000, but donations ended up totaling more than $79,000. Amisial intends to sponsor Emilio’s education and donate the surplus funds to Haitian orphans.

After that memorable occasion four years ago, Emilio now has a wonderful personality and attends school. Amisial, who is now 27 years old, is determined to finish his education after Emilio’s custody case is resolved.

“I want him to be happy. I want to teach him how to love and I want him to know that even though he was left alone, he’s not alone,” he said.

Amisial wants to fulfill his ambition of aiding orphans and low-income families in Haiti by starting his own non-profit organization. Way to go!