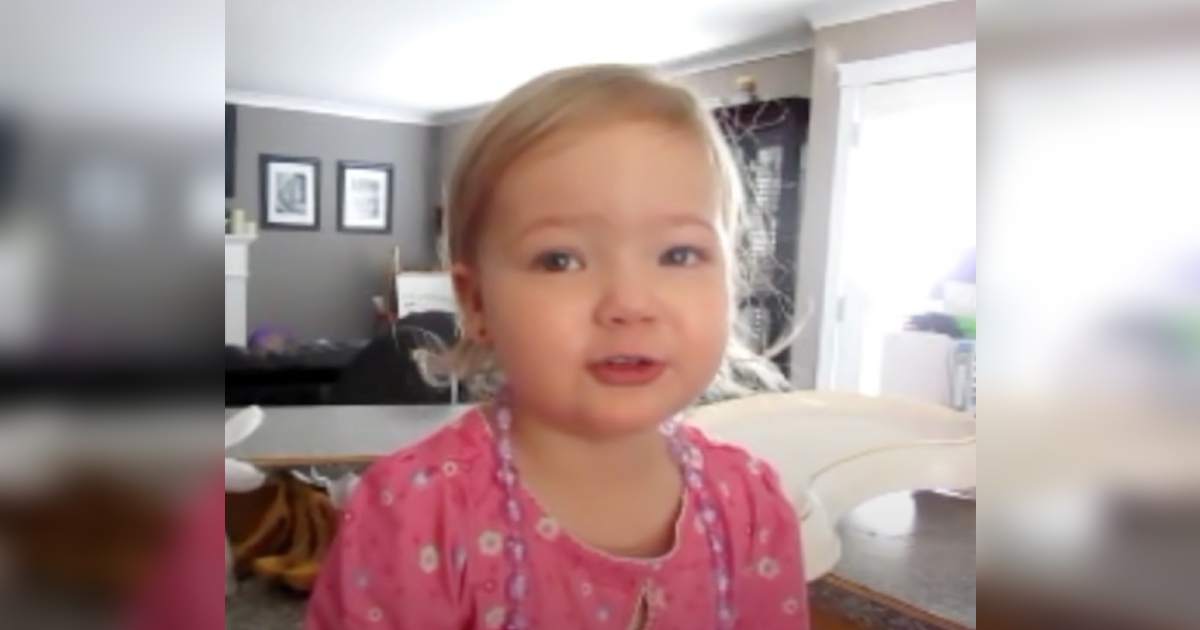 Toddlers are known to love music and anything that involves a rhythm, but not many of them can actually remember the lyrics or the melody of pop songs.

School children or adults can hardly sing Adele’s songs, because the tone is hard to reach, let alone preschoolers.

Still, a few years ago, a 2-year-old went viral when her parents uploaded on YouTube a video of her singing part of “Someone like you” by Adele.

Her mother, Heather Fedorick, wrote in the video caption: “My 2yr old daughter loves Adele and sings along!”

In the video that eventually amassed more than 13 million views, the adorable toddler sings her favorite pop song with Adele’s original sound playing in the background.

2-year-old Makena did a great job singing the lyrics she could remember, and an even better job mumbling through the parts she didn’t really remember or understand.

Remember, that at the age of 2 many children don’t even say more than a couple of sentences.

Makena Fedorick is the daughter of Chris and Heather Fedorick, and at the time she lives in Grande Prairie, Canada, where her father ran the local McDonald’s.

Her parents told CTV News back in the day that their daughter would normally sing when she was not being filmed, but once her parents took out the camera, she would play shy and stop.

However, that one time, she kept singing while the camera was on, and her family was so proud of her.

“Usually when you take out the camera, she’ll tone it down or stop altogether,” Chris said. “Unlike that one day, she was in the mood I guess to just have at it, like the camera wasn’t even there.”

As for how the video was received by YouTube users, Makena’s parents said they were super impressed when they initially got 600 views, because they didn’t even know 600 people! Then it got viral and one can only imagine how overwhelmed they must have felt.

The Internet just loved the little diva, and people couldn’t stop praising her for her talent and cuteness.

“She’s so cute! I could listen to her sing all day! she could be a super star when she grows up! great singer t0here!” someone wrote, while another user commented: “My heart just melted into a lake of pudding. Most adorable thing ever.”

Indeed, the little girl in the video is so adorable that we can barely handle it. One can never know whether she will go on enjoying music and singing in the future, but she does have a talent for remembering long songs and singing.

At the time, she could also remember the lyrics of Maroon 5 “Moves Like Jagger”, and some of Rihanna’s long songs.

What an amazing little cutie! She’s adorable and we bet she knows it. In the years that followed, her mother also uploaded a couple of videos where Makena did some yoga and showed off her drawing skills.

Watch the adorable toddler’s rendition of Adele’s song in the video below.