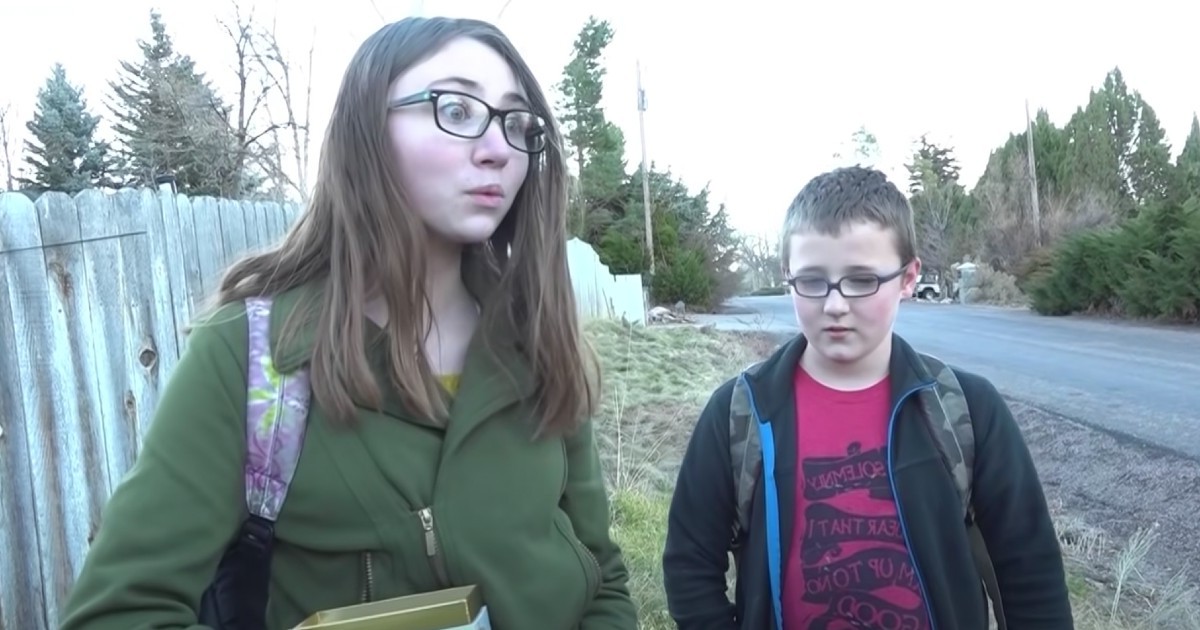 Even before losing her mom 13-year-old Emily always acted like a mom to her siblings. So when she lost her mom in 2020, she was compelled to step it up even more for her family. Little did she know someone would notice.

There are some heartaches we all share in life and cannot avoid.

Losing a parent is one of them.

And it’s one of the hardest things that humans must go through.

Nearly everyone has to experience it, but unfortunately, some experience much too young.

For one girl living in east Idaho, the loss of her mother resulted in her learning how to manage the family even though she was only a teenager.

The oldest child usually steps up

For the oldest child, losing a parent often means taking up the responsibility of looking after the younger kids.

It’s a hard journey, but thankfully, there are people and communities out there willing to help.

For 13-year-old Emily, life certainly hasn’t been fair, but a local news station decided to step up to help her out a bit.

Boy, did she deserve it.

Emily is a 13-year-old who experienced the loss of her grandmother when she was little.

For any kid, learning about loss at an early age can be traumatizing.

When Emily’s grandma lost her battle with cancer, she developed a fear that her own mother would pass from the same thing.

Sadly, fate has a strange way of working and a few years later, her mother was diagnosed with stage four pancreatic cancer.

About a year ago, Emily’s worst fear came true.

Her mother didn’t respond to the treatment as they had hoped and she soon passed away.

Nearly a year ago and exactly a week before her birthday, Emily’s mom passed away.

Her loss left behind six kids with Emily being the oldest.

Although she had already taken up a ton of responsibility with her siblings as her mom was sick, this put a whole new weight on her shoulders.

Each year, the news channel East Idaho News puts on a “secret santa” where they connect with someone in desperate need of help and give them exactly that.

It was founded when a local man anonymously announced that he was going to be distributing $1 million each year to people in need.

This year, someone submitted Emily as a candidate.

One teenage friend of Emily’s decided to send in a letter explaining why Emily deserved the money.

“Emily and I have been friends since 3rd grade. That is about five years because we are in 8th grade now. She is 13 years old and has gone through a lot over the past year. Her grandma died from cancer when she was just a few years old and her fear has been that her mom would die of cancer. Let’s just say that nightmare came true.”

That was all it took.

Heading out, the news crew had some good news they had to tell a girl in need.

When they arrived, they brought with them a box full of gift cards for their favorite restaurants in the area.

For a little girl who has been struggling to make meals for her family each night, this was a miracle.

Handing her the box with thousands of dollars worth of gift cards, Emily was absolutely shocked.

It looks like Santa sometimes comes in all sorts of shapes – this time around he was just invisible! For Emily, it was more than she could ever hope for.