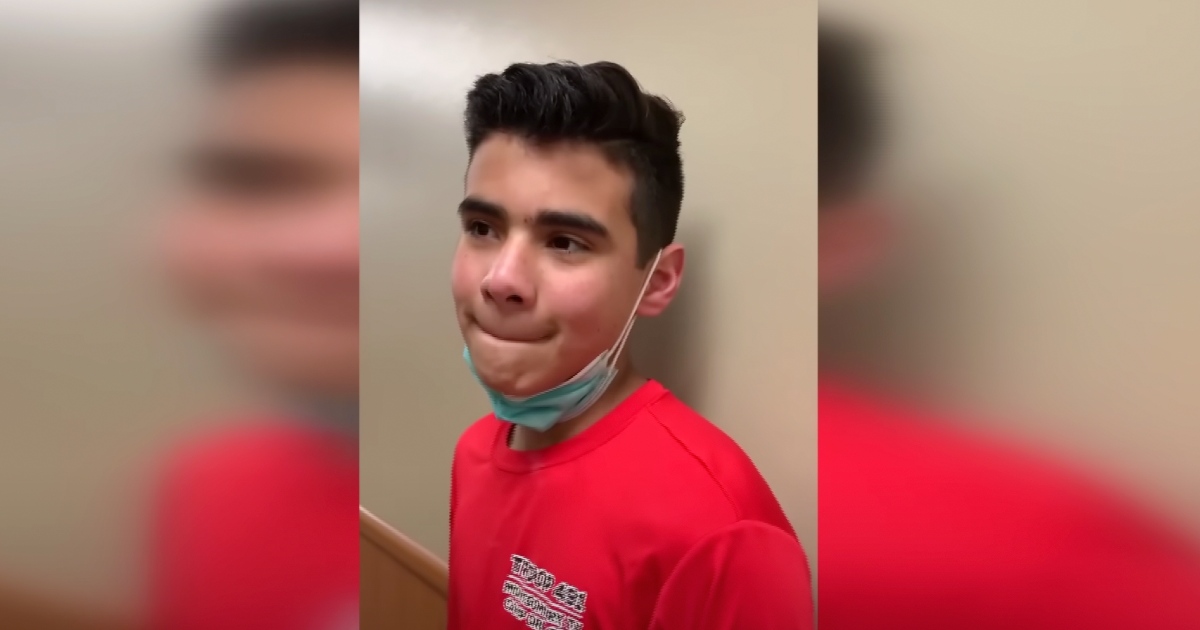 Kids will always be kids, and parents should enjoy them at that age while they still can. Soon, they will grow into teenagers and adults and wouldn’t want to spend more time with you anymore.

So, when they annoy you or act silly around you, they are still in that playful nature. It’s all fun and games until something goes wrong – like what happened to this thirteen-year-old.

This mother-and-son tandem went viral for a hospital emergency that they’re lucky enough to just laugh about it. It could have been worse, but thank goodness he ended up alright.

Mary and Jonathan Serrano looked forward to an ordinary day in their home in Montgomery, Texas. The two were always a playful bunch; part of their bonding moment was to annoy each other.

Thirteen-year-old Jonathan thought of something to annoy his mother – like any typical teenager. He got a piece of a squeaky whistle, the one inside most of a pet’s chew toy. He placed the little whistle in his mouth, blowing it now and then to annoy his mother.

Jonathan was successful at annoying his mother. Mary, trying to stop her son from what he was doing, fake-slapped him. The teenage boy tried to dodge his mother’s hit, but what happened next shocked them that stopped their little playfight.

He gasped some air in his attempt to dodge and swallowed the whistle while he did. Jonathan started squeaking, which was clear that the whistle was in his airways. Mary tried to help him cough it out. Several attempts after, they gave up and took him to two different hospitals.

They ended up in the emergency room at Conroe Regional Hospital. Mary filmed her son while they were waiting in the hallway because he couldn’t stop laughing at himself, making him squeak!

Each breath he took came with a tiny squeak, which was funny. Both mother and son laughed the predicament away, and even the nurse behind Jonathan couldn’t help but laugh.

The doctors had to sedate him and use a special scope to take the whistle out. Everything went well, and Jonathan came out of the hospital fine. However, Mary said the joke was on him because he missed a camping trip that he looked forward to because of what happened.

What to do When Someone Chokes

We may all be laughing at this now, but it might not always be as funny as when someone swallows a small thing and chokes. It’s best to know how you can assist someone in those circumstances.

If the person can still breathe and speak, they are experiencing mild choking, and the best way to help them is to encourage them to cough. If that doesn’t help, do some back blows. Place your hand around the person’s chest, then slightly bend them forward, facing the ground. Strike the person’s back between the shoulders five times using the heel of your hand.

You can ask if someone knows how to do the Heimlich maneuver or abdominal thrusts for severe cases. Always be ready to take the person to the hospital or call your nearest emergency response team.

Parents of 12 working multiple jobs to support their family get Christmas miracle from stranger
What do you want to get from your Secret Santa?
0 877