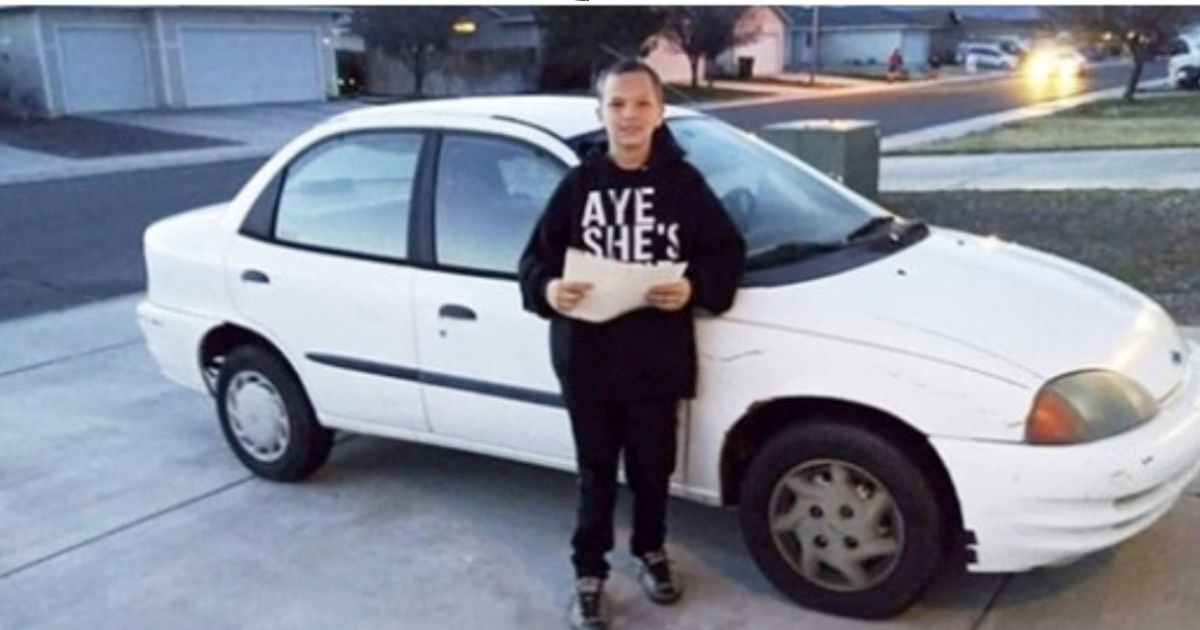 Being a single parent isn’t easy.

Krystal Preston is a single mom.

She works a regular job and doesn’t have a partner to help her take care of her three kids.

Like any parent, however, she does her best to make ends meet.

But Krystal was still struggling.

Her son, William, knows his mother’s troubles all too well. He’s only 13, but he seems mature for his age.

Krystal gave a powerful description of how much her son cared about her, in no less than 7 words.

“He was tired of seeing me cry.”

No child should have to watch their parent worry and cry, and it’s this that gave So William decided to do something about it.

“There’s good that can come from any situation, as long as somebody with a heart does it,” he said.

A son that wants to help his mom

William wasn’t old enough to work, but he was determined to find a way to help his mother out.

“I saw on YouTube where people get their mom a car and then surprise her with it. I wanted to do that,” he revealed.

Picking up extra tasks for money

William started doing chores and working for people around his neighborhood. However, the boy soon realized that there might be a quicker way to accumulate some cash.

Like most young boys, William enjoyed playing video games on his Xbox.

That’s when he got an idea.

William was eyeing a 1999 Chevrolet Metro for sale near him and the price was relatively cheap.

This was an opportunity he couldn’t let slip and he knew what he had to do. All William had was some extra cash from yard work and his precious Xbox – but he thought he could make it happen.

Krystal shared that William began regularly asking her questions relating to car parts, reliability, models, and all that. Of course, she had no idea why he was asking her at the time.

The owner of the car agreed to sell it to William for the cash the boy had on hand and his Xbox.

Despite William’s boldness, the buyer initially refused. Although, presumably after hearing the boy’s sweet reason for acquiring the car, the seller caved in and agreed to sell.

Now, if the idea of a 13-year-old buying a car sounds unbelievable to you, imagine how it sounded to Krystal.

But he had the proof. The ’99 Chevy Metro was there, papers and all.

Epic gamer moment, as they say.

At 13, what William did is nothing short of a power move. Given how hardworking he is, he shouldn’t have any trouble making more cash in the future to buy another gaming system.

William is clearly a brilliant and compassionate boy, and his mom can rest easy knowing that her son has always got her back.